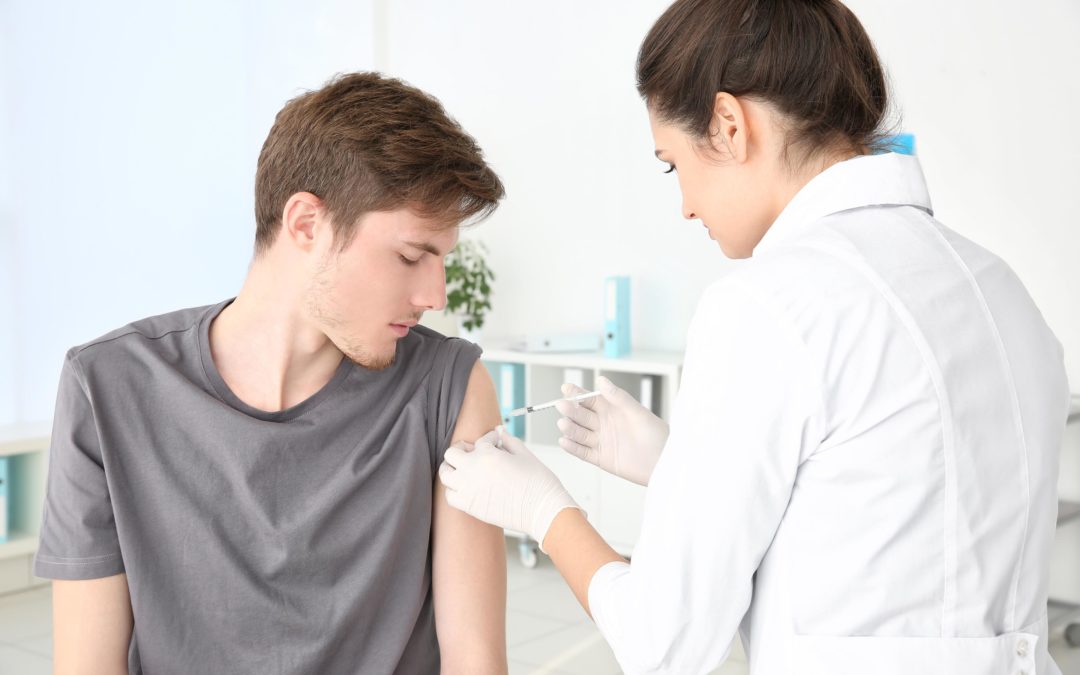 If you’re like many people, you hate going to the doctor to get your flu shot every fall. After all, why can’t your flu shot be as easy as a chicken pox vaccine? One or two doses and then you have immunity for life? Unfortunately, current technology simply does not allow that to happen. However, scientists are turning towards new methods to create vaccines that might lead to a universal flu vaccine that is effective against all strains and lasts a lifetime—or at least 20 years.

Why You Have to Get a Flu Shot Year After Year

Ever wondered why you have to go back to get another flu vaccine every year? No one wants to get poked once a year. In fact, what you’re getting poked with is little more than the result of a giant guessing game.

Each year, the World Health Organization comes together to determine which roughly four strains are likely to be the most common in a given flu season. Current methods for making vaccines limit scientists to including just a few of the 18 possible strains of the flu virus. Their “guess” is driven by mathematical models and is decided around February so that pharmaceutical companies have enough time to produce the vaccine. However, the flu virus evolves and changes very quickly.

The changes that occur means that a vaccine may be only partially—or not at all—effective against a certain year’s flu virus. Next year, completely different strains are present, meaning that last year’s vaccine is no longer effective. This explains why you need a flu shot each year. Scientists did not understand the pattern of how the flu virus evolves, meaning that every spring, the guessing game begins anew. Until now.

Craig Thompson studies the evolution of infectious diseases at the University of Oxford. He, along with a team of researchers, have discovered that the flu virus evolves in a predictable way. Every ten years or so, it goes through the same four patterns of evolution. So, instead of choosing between 18 strains, scientists can now choose just four. This is fortunately few enough to fit into just one or two flu shots.

Using this method, scientists could target the common proteins—known as epitopes—found on every strain of the flu virus. By cramming all four of these into one vaccine, you would then develop immunity against all strains and would not need to be re-vaccinated every year. Instead of trying to head off the changes, you would be prepared for every look of the virus.

Barriers to the Universal Flu Vaccine

Though scientists have identified potential methods to create a universal flu vaccine, it is far from reality. Many barriers still stand between us and lifelong immunity from the flu. One of the major concerns is related to a phenomenon known as imprinting. When a child is first immunized against the flu, scientists believe that this primary vaccine affects the overall potency of their immune response to subsequent infections of different strains. So, if children are unlucky enough to be exposed to a “poorly guessed” vaccine as their first, they may have poor immunity

for life. Even if they were given a universal flu vaccine, their body would not be able to effectively build up immunity to all strains of the flu.

Dr. Wayne Koff, head of the Human Vaccine Project claims that if a meeting on the universal flu vaccine were held in the 1960s, we would be discussing the same barriers. In a sense, we are still at the beginning of the road when it comes to unlocking the power of vaccines.

For Now, It’s an Annual Poke

Until the time comes when we discover how to develop a universal flu vaccine, the best bet is an annual flu shot. Even though scientists are never 100 percent certain that it will protect against all strains, it is better to be protected against some than none. If you do get the flu even after being vaccinated, then you’ll likely end up with a less severe case that your body can fight off faster.

While we can dream of a lifelong universal flu shot, it is just that: a dream. For now, be sure to get your annual flu shot each fall as it is your best line of defense against what many consider to be the biggest risk to human population.