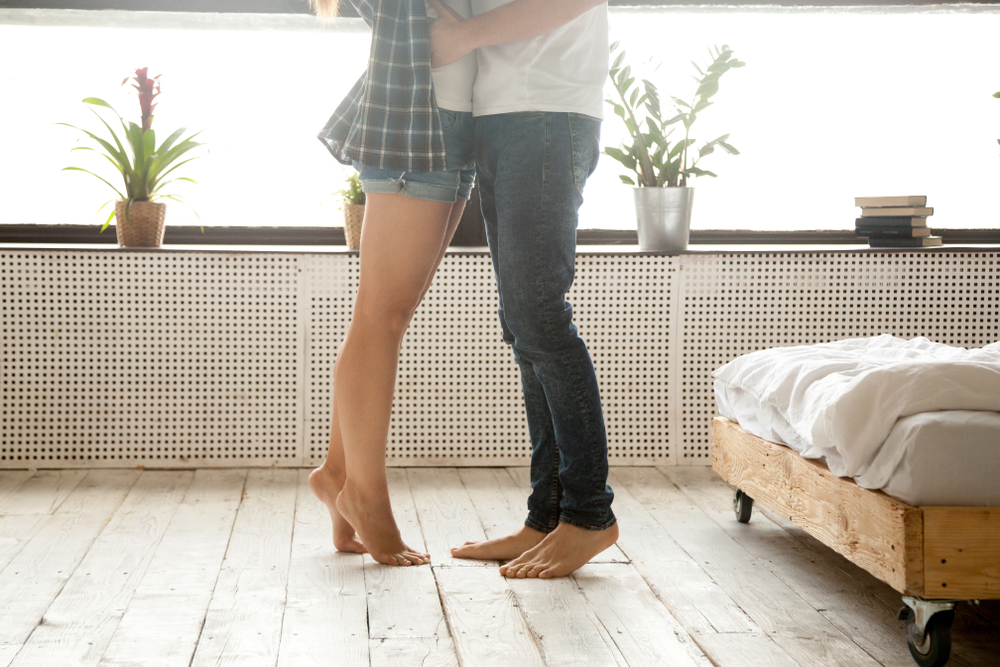 No one wants to be diagnosed with a sexually transmitted disease/infection (STD or STI). Unfortunately, they are becoming more and more prevalent in the United States and beyond. The statistics on STDs are enough to make anyone take a second look. A shocking 19.7 million new cases are reported every year in the U.S. alone. Meanwhile, an estimated one in two sexually active people will contract an STI by the age of 25.

Fortunately, some of the most common STDs can be treated or managed. However, it is extremely important that they are caught early so that treatment can begin as soon as possible. The only way to catch a potential STI is to get tested. Of course, the best treatment is to use protection during all sexual activity to avoid exposure to the infections in the first place. However, it may be too late for prevention.

In that case, early detection and treatment is the next best thing. Even if you aren’t having any symptoms of a sexually transmitted disease, it is always a good idea to be tested if you’ve had unprotected sex with a new partner. In regard to STIs, knowledge is power. Testing will help give you peace of mind that you will catch any potential infection early and be able to start the most effective course of treatment should you be diagnosed.

Why Is It A Good Idea To Get Tested At Urgent Care?

It can be awkward to go in for an STD check-up or test. Not many people feel comfortable visiting their family doctor, family planning center, or public health department for testing. Unfortunately, this leads many people to avoid getting tested altogether. Obviously, this is not the best approach and can lead to STIs that go undetected for months or years.

Fortunately, urgent care centers are the ideal place to go for STI testing and treatment. Patients can avoid the stigma, awkwardness, and embarrassment of visiting a traditional provider. At urgent care, you can also rest easy knowing that you’ll have a reliable, quick test performed by a skilled medical professional.

When Should I Get Tested For An STD At Urgent Care?

Any time is a good time to go in for an STI test. With the flexible hours and walk-in availability at Velocity Urgent Care, you can get tested on your schedule. However, it is more important to get tested in some situations than others. For example, after having unprotected sex with a new partner. When else should you get tested for STDs at urgent care?

How Much Does An STI Test Cost At Urgent Care?

Just like any medical test or procedure, it is impossible to pinpoint exactly how much it will cost. This is because the cost depends on how much your insurance will cover and what your co-pay is. However, on average, most people pay between $50-100 for initial testing if your insurance is accepted. Even if you don’t have insurance, the maximum cost shouldn’t exceed $300. Considering the implications of having an STD that is left untreated, this cost is well worth it.

What Are The Most Common STDs?

There are many different types of STDs out there. However, seven are significantly more common than others. Some of these infections can be treated with antibiotics while others cannot ever be cured. While this is unfortunate, even incurable STIs can be managed.

Here is a basic overview of the most common STDs in men and women:

Genital herpes is one of the more common STDs. Unfortunately, there is no cure for the condition but symptoms can be managed. About 1 in 5 Americans carry the disease, helping it spread rapidly throughout the population.

Ninety percent of people infected with genital herpes are unaware that they have the condition. Hence the importance of regular STI testing. It can take just a few days for symptoms to develop. Typically, people will see sore lesions that look like a zit or blister. Some are very painful while others are more itchy.

Genital herpes is caused by a viral infection, so the condition can be managed with anti-viral medications. Although symptoms may come in episodes, the STD will never fully go away.

Fortunately, chlamydia is easily treated with a 7-day course of antibiotics. However, if left untreated, it can lead to infertility in women by travelling upward into the uterus and fallopian tubes.

Trichomoniasis, caused by a parasite, is considered the most curable STD. It is spread from direct genital contact. Around 70 percent of infected individuals show no symptoms. This again reinforces the need for early testing.

If symptoms do arise, they generally include itching or burning around the genitals and colored discharge. Trichomoniasis is easily treated with a prescription of antibiotics.

Any sexually active person can contract gonorrhea from an infected partner during contact. It can also be passed from mother to baby during birth. Also referred to as “the clap,” gonorrhea is typically curable with antibiotics. However, more and more drug-resistant strains are being reported in recent years.

Symptoms of gonorrhea are often mistaken for those of a UTI. They are generally subtle and include burning during urination and abnormal discharge.

Gonorrhea can usually be tested by a urine sample though a swab test is occasionally needed.

Syphilis is one of the most potentially dangerous STIs if left untreated. It affects the body differently depending on how long it is left untreated. Some damage cannot be reversed.

Syphilis progresses in four stages in adults. It can also be passed down from mother to child during birth. However, in adults, the stages are:

Primary stage: Sores located where the disease entered. Relatively painless and lasts 3-6 weeks. Though the sore heals, the disease is not cured.

Secondary stage: A red rash appears on the body. It can be accompanied by symptoms of fever, sore throat, headaches, and weight loss.

Latent stage: Without treatment, syphilis will disappear for a period of time. However, the infection is still in the body. This stage can last for several years.

Tertiary stage: Here, syphilis affects organ systems including your cardiovascular and nervous system. This stage is incredibly serious and can result in death. It occurs 10-30 years after the original infection.

If caught early, syphilis is easily treated with antibiotics.

In the 90s, HIV/AIDS was the world’s most terrifying disease. Fortunately, advances in medicine have allowed those diagnosed with it to live longer through proper management. HIV is a virus that takes over and kills white blood cells, leading to a compromised immune system.

Asymptomatic Stage: While the virus takes over, most people have no symptoms for 10-15 years. However, damage is still being done to the immune system.

Symptomatic Infection/AIDS: At this stage, the infection progresses to AIDS, leaving the body vulnerable to countless infections that normally could be fought off.

HIV can be managed through a combination of drug therapies. Treatments will be more effective and last longer if started early.

If you suspect you have an STD or just want some peace of mind, Velocity Urgent Care is here for you. We offer all the tests needed to diagnose all the most common STIs. We also provide treatment options if your tests come back positive. Schedule your appointment ahead of time or walk-in for a quick, convenient appointment with our certified team of healthcare providers. With our 12 locations in Virginia Beach, Norfolk, Suffolk, Newport News, South Boston, Woodbridge, Williamsburg, Carrollton and Glocuester…and new locations coming soon…the best care and testing is always just around the corner!