Flu Myths vs. Facts: What You Need to Know 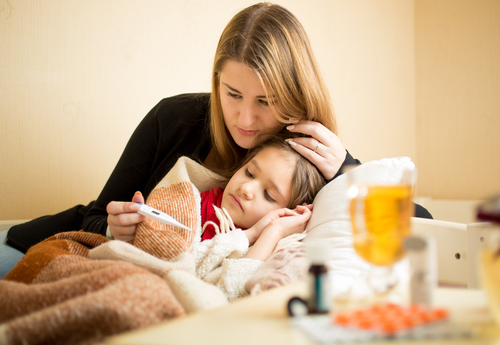 Flu Myths vs. Facts: What You Need to Know

When flu season comes around every year, a swarm of myths typically accompany the viral illness. Perhaps this is because wives’ tales of the flu have been around for generations. Regardless of the reason, it’s important to be able to separate the myths from the facts to help keep you and your family healthy this flu season.

The rest of this article details some of the most common myths about the flu as well as the truths you should know.

Myth: Spending time outside in the cold can give you the flu

Truth: If you ever tried to go play outside during the wintertime as a child, you probably had someone tell you to “Come inside or you’ll catch the flu.” This myth has been around for centuries and has been passed down through many generations. However, it isn’t true.

Though flu season takes place in the colder months of the year, it isn’t actually related to the temperature outside. The flu is caused by a virus which, coincidentally, is spread more easily when people are spending time indoors in close quarters during the winter months. While being outside in the cold for too long puts you at risk for other problems (like hypothermia) it doesn’t give you the flu.

Myth: Antibiotics can treat or prevent the flu

Truth: A big misconception that many people have about the flu and other viral illnesses is that antibiotics can still be helpful. Unfortunately, this isn’t the case. Antibiotics are only effective against infections caused by bacteria and do nothing to help treat the flu. In fact, they may even do more harm than good. Taking antibiotics when you don’t need them potentially creates resistance that makes them less effective when you actually need them.

Although antibiotics can’t treat or prevent the flu, a doctor can still prescribe you medication if your symptoms are severe. For example, you may need an antiviral medication to help your body fight off the flu faster. Our board-certified providers at Velocity Urgent Care can prescribe you these medications and get you back on your feet in no time.

Myth: The flu vaccine gives me the flu

Truth: Something that healthcare providers hear every year is people claiming that the flu vaccine gave them the flu. Not only is this not true, it’s actually impossible. The flu vaccine is made up of a dead or highly weakened form of the virus. As such, the contents of the injection aren’t capable of causing flu symptoms. Instead, your immune system is able to build up a defense against it.

The flu vaccine itself can cause some redness and soreness at the site of the injection. Occasionally, patients even report a mild fever or muscle aches. Although these seem like flu symptoms, they are not actually caused by the virus.

Those who do develop flu symptoms shortly after getting the vaccine were either already infected or became infected with a strain of the flu that wasn’t part of the vaccine. Even so, if you get the flu but have had the vaccine your symptoms will be far less severe.

Myth: I’m a healthy adult, so I don’t need to worry about the flu

Truth: It’s true that the flu is more dangerous for the very young and the very old. Likewise, people with a compromised immune system are at a greater risk of developing complications from the flu. However, the flu virus can infect anyone—regardless of how healthy you are or how old you are.

So, while healthy individuals are less likely to die of the flu than those who are sick, it is still something to take note of. It’s extremely important for everyone to get a flu vaccine prior to the start of flu season.

Truth: Another common wives’ tale is that home care for your flu symptoms is just as effective as medical help. Although it’s true that many mild cases of the flu can be treated at home, sometimes those home remedies simply aren’t strong enough.

When that’s the case, Velocity Urgent Care has your back. Our 14 locations across Virginia (in Woodbridge, Norfolk, Virginia Beach, Suffolk, Newport News, Williamsburg and beyond) have convenient walk-in hours to fit your schedule. You can also book an appointment online ahead of time to skip the wait. Our knowledgeable and friendly patient care team will provide the treatment you need to control your symptoms and start feeling better.

We are the exclusive in-network provider for several local insurance plans, meaning you can be seen for the cost of your co-pay and deductible. All Velocity Urgent Care locations also accept Medicare, Medicaid, and Tricare.

To find out more about our services, locations, hours, or to reserve your spot online, visit www.velocityuc.com.